You’ve come to Serbia at just the right time. Slava season is beginning. Brace yourself.

But for the uninitiated, perhaps a brief overview of exactly what the Serbian Orthodox celebration of Slava is in order.

The Slavic word “Slava” roughly translates to “Glory” in English. However, I cannot think of any counterpart holiday in any other country that compares. It is a wholly unique experience, special to only the Serbs. To compare it to anything else would be to diminish the sanctity of Slava, to chisel away at its glory.

In short, every Serbian household (with few exceptions) has its own patron saint. This saint is inherited through the father and has been passed down throughout the centuries of the Serbs existence. And each saint has his own designated day of feasting.

So, for instance, Tuesday was the Slava for Archangel Michael. Anyone who’s household inherited the protection of Michael was open to all for feasting, eating, drinking, laughing and singing. No invitation needed: it goes unspoken that any and all are invited. Just bring a small gift if you’d like to indulge yourself in all the Serbian delights the house has to offer. Typically either coffee, chocolates or wine.

I, ever one to fully immerse myself in any given experience, brought all three. If I’m going Slava, I’m going full-speed Slava.

So, accompanying Dejan, my triad of gifts in hand, on Tuesday, I experienced a truly unique Slava: A Rock and Roll Slava.

As we approached the front door of an older building, Dejan pointed out the inscription painted above it: “Djeka’s Rock and Roll Bazaar”. It was then I knew the night was going to be something raw, honest, unique. Special.

Entering the house, I’m greeted by Djeka’s two daughters, Georgia and Virginia, aptly named after the two American states Djeka lived in during the 70’s, where he himself was baptised in the holy lands of Southern Rock and biker bars.

And then I meet the legend himself. Clad in a leather vest, his Levis tucked into knee-reaching biker boots, an Eisenhower silver dollar-turned-medallion hanging from his neck and a Weifert beer label-turned-cuff wrapping his wrist, Djeka firmly clasps my hand.

“Happy Slava!”, I say, not knowing what exactly I’m supposed to say on this occasion. He laughs and leads me to the sitting room: A veritable Rock & Roll museum. The walls are plastered with posters of concert bills, flags of Yugoslav republics, pictures of Rock & Roll legends and a giant banner that reads: “Virginia is for lovers”. One wall is devoted to press clippings of Djeka himself, dating back to a time long lost when he’d worked as a disc jokey and promoter, toiling to bring Rock & Roll to the masses in Yugoslavia.

And judging by utter ubiquity of Rock & Roll in Pančevo (or Pančester as he calls it), we can conclude he was ultimately successful.

Soon after taking our seats, the rakija is brought out. This time a variety made from apples. It goes down smoothly and the buzz is near instantaneous. Funny how the fruit mythostorically responsible for the fall of Man has been transfigured into a spirit that gives such life. Perhaps there’s a lesson there. Redemption in transfiguration. I don’t know. But I do know the classic rock ringing out on the HiFi, and Djeka smoking through a plastic tar filter and the smorgasbord of grilled meats being laid out upon the table all point towards something holy, something blessed and profound.

As the libations flow and with Creedence Clearwater Revival crooning in the background, the conversation turns from banter about Dostoevsky towards the Nato bombing of 1999.

The bombing was the greatest thing of my youthhood! One man exclaims.

Dejan notes how the solidarity amongst the people was the greatest he’d ever seen.

You’d ask somebody for one cigarette and they’d give you three.

That was the greatest time of my life – we were drinking beer and smoking weed all day, the other man notes. In hindsight, now, it’s not funny. But then, then it was fun, fun, fun level 1000.

Dejan affirms this sentiment: “Now it is not funny. They bombed us with uranium.”

And so the night grows more topsy, more turvy, the conversation skidding and skating between nationalistic nonsense, dark humour, the nature of God, Euroscepticism, the monsters of the media and taking this piss out of the New York over the river – Belgrade.

I find myself bloated on heavy portions of pork and chicken and lamb, tasting Russian Salad for the first time and overwhelmed by a certain feeling of gratitude that no amount of coffee, chocolate and wine could ever repay.

This is Slava. This is Serbia. This is Yugoslavia. This is Pančevo. This is the Pančevosity that summoned me here.

And though my overall memories of the night might be shrouded in haze (I did, after all, wake up with my coat and shoes still on, Lady looking at me with disdain) I do know this:
Slava is for lovers. And it is glorious. 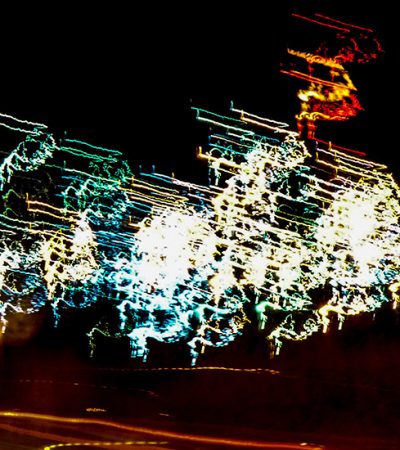 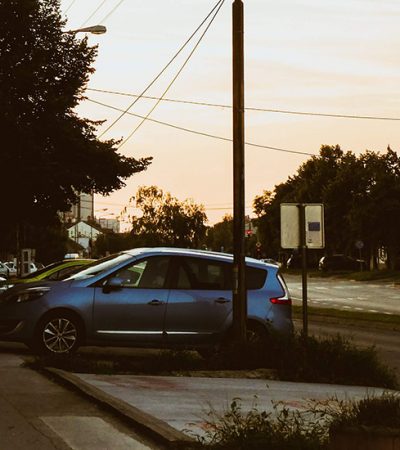 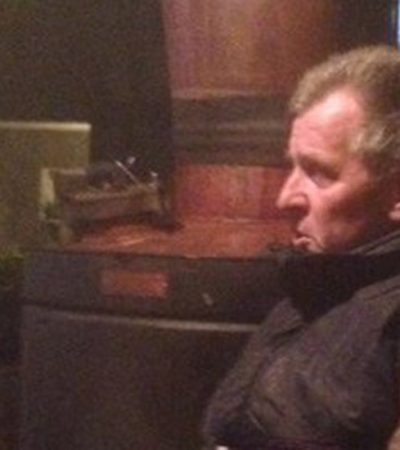 Hello, my name is Mia. I’m from America.